What are you looking for?

ACTIVATE YOUR KEY OF LIFE

all we need is love

Take a deep breath, meditate & invite love into your life.

The Lovetuner is a revolutionary approach to reduce stress, relieve anxiety and arrive in the present moment, connecting your exhale with the power of the 528hz frequency.

To achieve an altered state rapidly in which it is possible to:

Other experiences can also be stimulated and strengthened through tuning:

How do you Tune-In?

The Principle: try it yourself and discover what it can do…
You can tune alone, with a friend, or in a group. Here are a few tips for individual practice and use:

After tuning, enjoy the silence and your new fully-tuned state of being.

Caution: May cause miracles.

95% of our worldwide customers rated their Lovetuner at 5 stars. 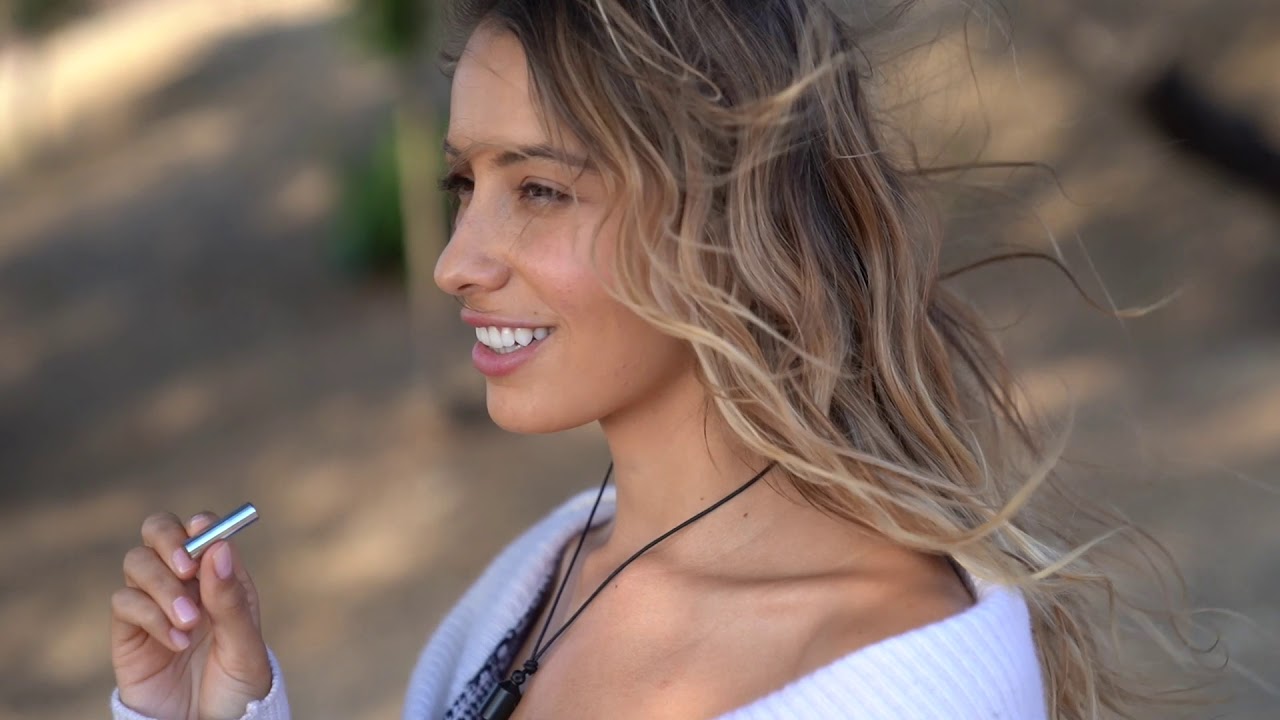 “When we talk about healing and spirituality and mastering our lives, it comes down to one thing:

To become a Master, you have to first master yourself.

On your journey to master your life, the Lovetuner is your secret key to unlock your full potential.” 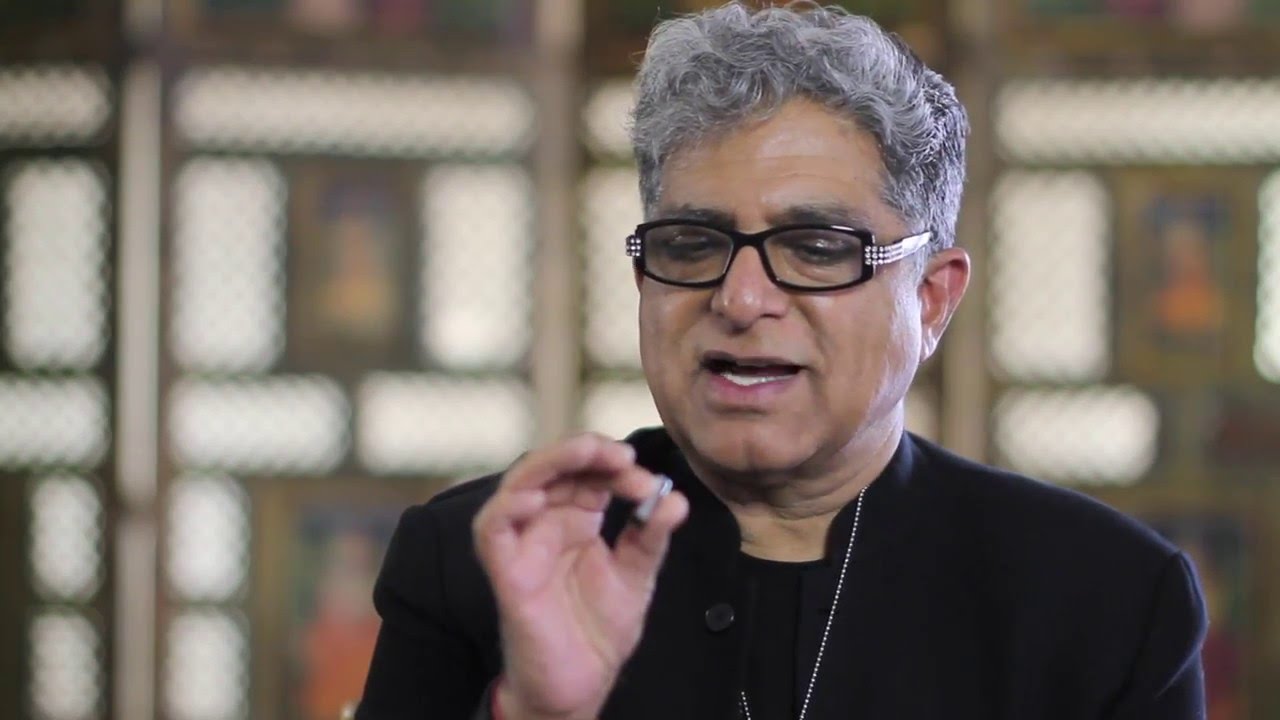 Dr. Deepak Chopra, one of the most well-known names in alternative medicine and an advocate for the Lovetuner movement, knows the importance of tuning into yourself to create a safe living space, within your own body.

“We want the world to be a more loving, peaceful, harmonious, happier and healthier place, right? First, we need to start with ourselves and be the change we want to see in this world. With the Lovetuner this is an easy and fun way to connect with ourselves and the world around us. The Lovetuner is more than just a meditation device – it is a mindset and a global peace and love movement. The Lovetuner teaches you the breath that spiritual gurus across the globe are going to recommend to you. It’s what you’ll find at your yoga retreat, sound bath, and guided meditation, but with the Lovetuner you can be your own guru.”

The Lovetuner movement has a global following and serves communities worldwide. Powerful group tunings are happening all over the world. In 2019 Lovetuner Seminars known as “Lovetuner Love Events” launched. The positive feedback we receive is heartwarming and humbling.

This ancient healing frequency, known as the Golden frequency or so called Love frequency, creates an altered state within the body, mind, and soul.
If you are feeling anxious, stressed, overwhelmed or in general disconnected from life – the Lovetuner is the perfect mindfulness tool. The Lovetuner is calibrated to 528hz and creates a spiritual breath, turning your exhale into the vibrational love frequency of 528hz.

The 528hz frequency has a very special physical and biological importance. The number 528 is found in the geometry of our DNA's spiral shape, which is called a double helix. Through the Lovetuner, breath and come into harmony, creating symmetry and balance.

The Lovetuner is a revolutionary mindfulness tool that aligns you with the 528hz frequency, the vibration of love. In music, tuning means adjusting the pitch of a tone. In humans, it means adjusting your emotional and physical state to align with your environment – literally “tuning in” and harmonizing with yourself and what is around you. The Lovetuner has a profound effect on the body, mind and spirit.

Our entire universe is comprised of light and sound, frequency and vibration. The connections between music, cosmos and nature have been known since ancient times.
In 1978 Hans Cousto, a Swiss mathematician and musicologist, compared the frequencies in planetary orbits, in architectural works, in old and modern measuring systems, in the human body, in music and in medicine and “discovered” their connection. John Lennon used the 528hz frequency for his song “Imagine.” In music, the 528Hz frequency refers to the note “Mi” and is traced back to the expression “Mi-ra gestorum” on the scale, which in Latin means “miracle”.

The 528hz frequency has a healing and health-promoting effect on our body, mind, and soul. Our cells and organs resonate with this frequency. The vibration is transferred to our entire organism where it can unfold its positive effect. It activates and strengthens our natural self-healing powers. 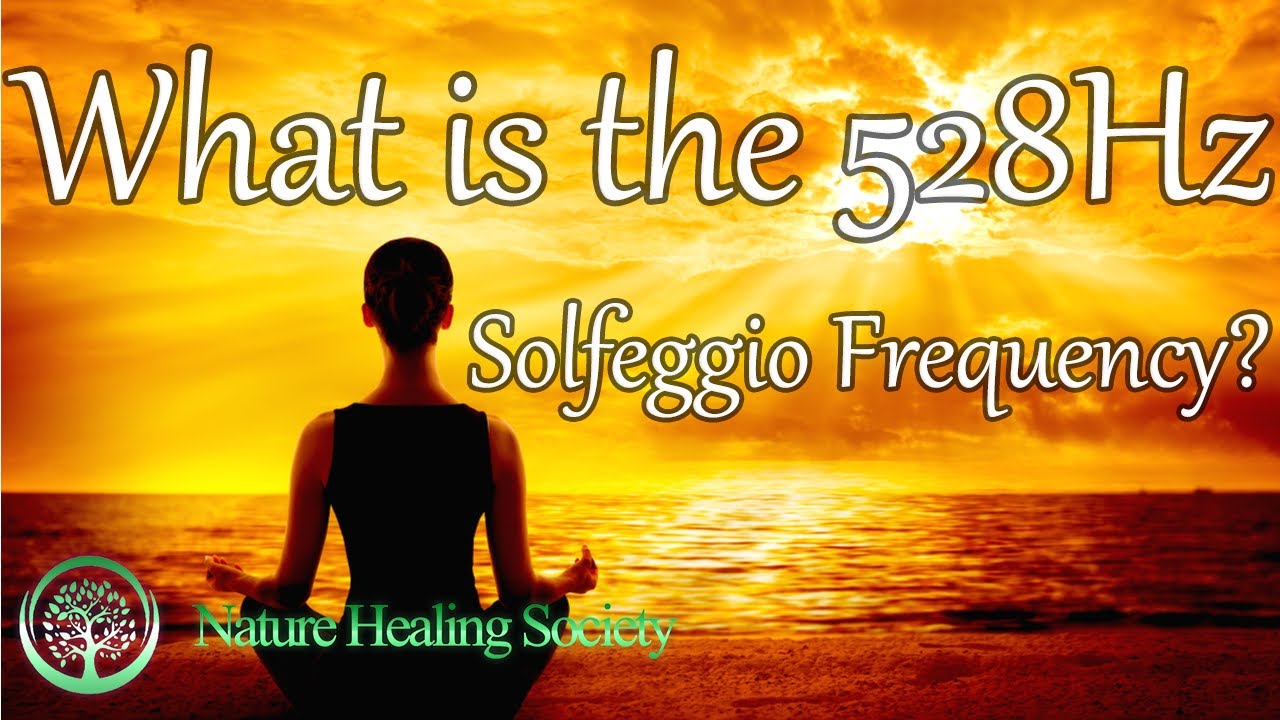 The 528hz frequency is the most significant Solfeggio frequency – one that can also positively influence and repair our DNA. It has a deep-rooted relationship with nature and has proven healing potential to repair human DNA. Evidence shows it positively affects cellular water clusters and assists in the removal of impurities. Bio-resonance testing has shown up to a 90% increase of vital sign measurements.

Above is a microscopic image of water that was tuned for a few of minutes with the 528hz frequency using the Lovetuner. It shows that water clusters have been realigned into the perfect, hexagonal crystal shape. As our body consists of nearly 70% water, with blood at even 90%, this physical reaction while tuning is experienced on a cellular level in our entire body. This alignment of water molecules gives you instant relaxation and releases stress and anxiety.

The 528hz frequency is based on mathematical perfection – and can be reduced to the cross-sectional sum of 6, according to the Pythagorean method of reducing large numbers.

The ancient Greek philosopher Pythagoras taught the perception of the invisible and was one of the first to decipher the mathematics of these sounds. He was the founder of the mathematical analysis of music and used music as therapy.

The renowned scientist Nikola Tesla (1856 – 1943) points out the importance of numbers 3 – 6 – 9 as the basic indicators of the divine and creative forces. He understood the fundamental law of nature, the universal language of mathematics. This was a science that was discovered, not invented, by man. Tesla was aware of the numerical patterns that exist in the universe: they are repeated in star constellations, in the development of embryonic cells, etc.

“If you only knew the magnificence of the 3, 6 and 9, then you would have the key to the universe.” - Nikola Tesla

The 528hz frequency resonates in the vibration of divine love. It is the frequency of miracles, cell renewal, transformation, divine signs, DNA repair and universal healing.

The Lovetuner helps you to bring your breath and heartbeat into harmony, creating heart coherence. It is important that you are aware of your ability to control your state of mind with your breath, allowing the 528hz frequency do its magic.

The physical and biological significance of the 528hz frequency

The 528hz frequency has a very special physical and biological importance.

The medical pioneer Dr. Royal Raymond Rife, who researched at the beginning of the 20th century, used many frequencies in his practice of radionics or electromagnetic therapy, but he specifically referred to 528 because of its ability to repair DNA. Dr. Rife used this frequency among hundreds of others for use with his Rife Machine – “Radionics.” He referred to 528 as “DNA repair.”

Molecular genetic investigations have shown that this frequency can be used to repair defective DNA strands or to restore human DNA to its original state. Scientific studies further showed that it increases the UV light absorption in DNA and can cure DNA by removing impurities that cause disease.

Today, the use of non-pharmacological and non-invasive agents is quite common. Sound waves, which are classified as non-invasive means for stimulating auditory cells, also affect non-auditory cells. Since the frequency of 528hz is related to the musical note Mi, effects such as an increase in the ability to repair DNA are observed. 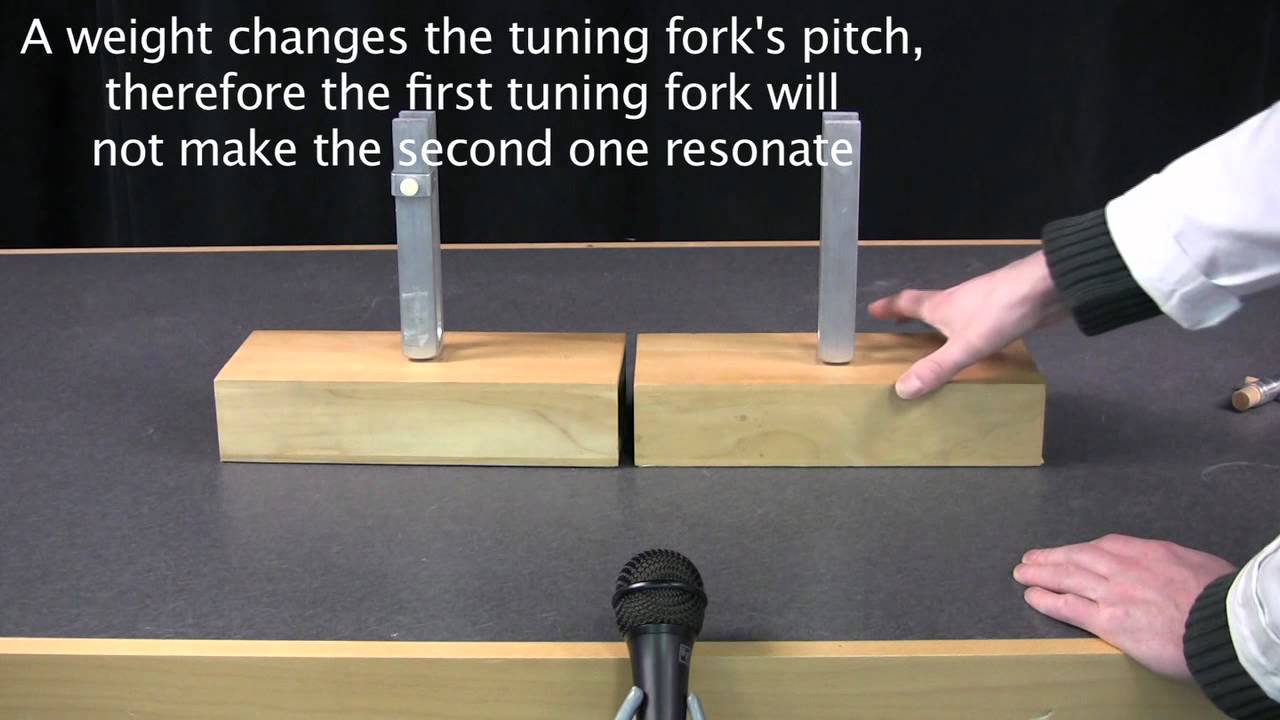 Shown above are the results of a BESA (Brain Electrical Source Analysis) test showing the positive effects of the Lovetuner and the 528hz frequency on the human brain. Vital signs improved up to 90% by using the Lovetuner. For more information regarding this research project, read our blog article on bioresonance!

Apart from the effects of 528hz on our DNA, it is also interesting to consider possible applications for our cells and cellular structure.
In 2017 a study by the Biochemical Institute of the University of Tehran was published in the Journal of Addiction & Therapy. The study’s objective: to examine the consumption of alcohol is as a major problem in human society due to its harmful effects on various tissues, including the nervous system.

Cells treated with a combination of ethanol and 528hz tones at 80 dB exhibited a marked reduction in reductive oxygen species (ROS or oxygen radicals) and thus a reduction in cell death due to severe alcoholism.

The results: The current results indicate that in the Ethanol extract (IC50) the frequency of 528hz increased the viability of the cells by about 20% and reduced the level of oxygen radical production by up to 100%.

Conclusion: The use of these sound frequencies can be beneficial in reducing the toxic effects of alcohol on brain cells. This could not only prove to be an effective means of treating damage to the central vascular system in people with alcoholism (or even babies born to alcoholic mothers), but is also an indicator of the positive effects of 528hz on cellular health in general.

In this respect, Dr. James Gimzewski of UCLA discovered that individual cells actually produce sounds and that different cells have different sound signatures or vibrations. Although this form of investigation (known as sonocytology) is a comparatively new science, the theoretical implications are tremendous. As an example, Dr. Gimzewski is hoping to destroy harmful cells by using their natural frequencies without damaging the surrounding cells.

The work of Dr. Lee Lorenzen, who discovered the clustered healing water, demonstrated that the 528hz frequency actually contributes to creating these six-sided water clusters.

The universal law of vibration indicates that all matter and molecules are constantly moving and vibrating. When we vibrate normal water at the 528hz frequency, it begins to vibrate synchronously and creates the crystal-shaped, high-energy water clusters that form the DNA’s protective matrix.

According to biochemist Steve Chemiski in his book “Fork In The Road”, the water clusters vibrate at precisely 528 cycles per second. Although this effect is an indirect one, it is the most remarkable example of 528hz’s potential to heal our DNA.

Professor Richard J. Saykally and other geneticists at UC Berkeley have performed experiments proving that reducing the access of a strand of DNA to these energized water clusters impairs its ability to function properly. Dehydrated DNA is less energetic and not as healthy.

Tuned at the 528hz frequency, the perfect water cell clusters are smaller and are better able to move through the membrane of DNA than normal water molecules, allowing them to better remove contaminants from the cells of our body, creating a healthier cellular environment capable of curing or preventing disease.

Following the notorious BP oil spill in the Gulf of Mexico in 2010, which became known as “Deepwater Horizon”, John and Nancy Hutchinson used 528hz and other Solfeggio frequencies to treat the water. After only four hours of exposure, they were able to reduce the amount of oil and grease in an ocean section from 7 parts per Million to only 1 part per Million. This incredible achievement was later confirmed by Dr. Robert Naman and the Analytical Chemical Testing Laboratory, Inc.

We use cookies to ensure that we give you the best experience on our website. If you continue to use this site we will assume that you are happy with it.OkNoPrivacy policy